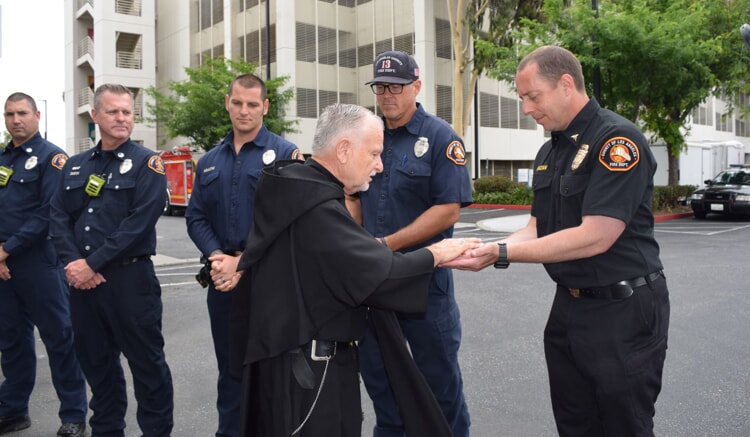 In celebration of Emergency Medical Services (EMS) Week, St. Francis Medical Center held a Blessing Ceremony for local first responders. First responders from area Fire, Police, and Sheriff’s Departments and California Highway Patrol were recognized by hospital leaders and received a blessing of their hands from St. Francis Spiritual Care Director Brother Richard Hirbe. The blessing acknowledged the life-saving work performed by the hands of frontline community servants, as well as the human touch they bring directly into the field. Emergency service vehicles were also blessed, including a L.A. County Fire Department Air Operations helicopter, which flew in and landed on the hospital’s helipad, especially for the ceremony. This blessing recognized the valuable lives transported in emergency rigs, trucks, ambulances, cars, and aircraft. 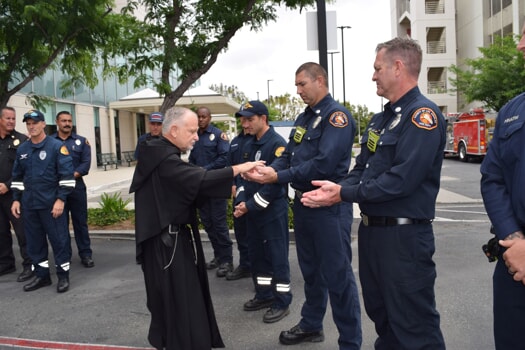 First responders were then presented with medals of St. Michael, patron saint of police officers, fire fighters, and all those who serve to protect others. Their dedicated service was met with applause from attendees and an enthusiastic ovation from representatives of the Los Angeles Rams Cheerleaders, who joined the commemoration to show their organization’s support. 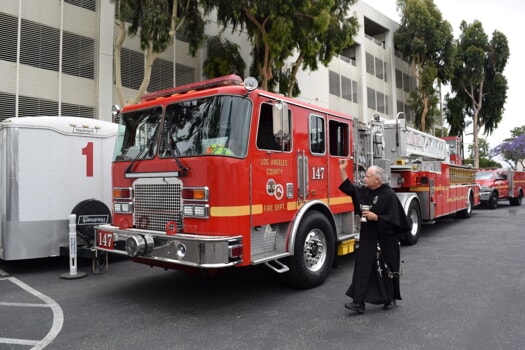 St. Francis Medical Center treats thousands of patients each year in its Emergency Department (more than 51,000 last year), with a large portion transported by agencies and organizations that comprise the EMS system. St. Francis also serves as a Paramedic Base Station for Los Angeles County. Its Emergency Department provides coordination and direction of medical treatment for L.A. County pre-hospital care providers and first responders. With 24/7 interaction, the hospital has a long-established and trusted relationship with EMS and its on-the-ground teams. 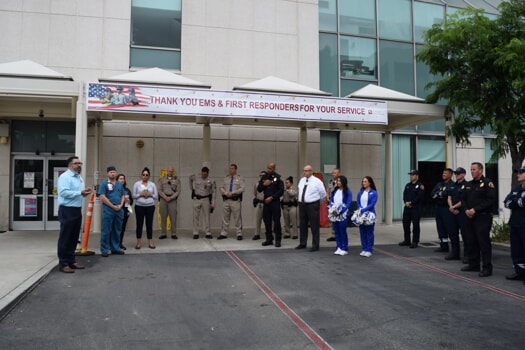 St. Francis CEO Larry Barnard and St. Francis Emergency Services Medical Director Allen Bookatz, MD, acknowledged the courageous and selfless work of the men and women who put their lives on the line each day. On behalf of the medical center, they expressed their thanks to all first responders and underscored that the blessing event symbolized the partnership that St. Francis embraces with emergency medical services teams to safeguard the health and safety of the community.